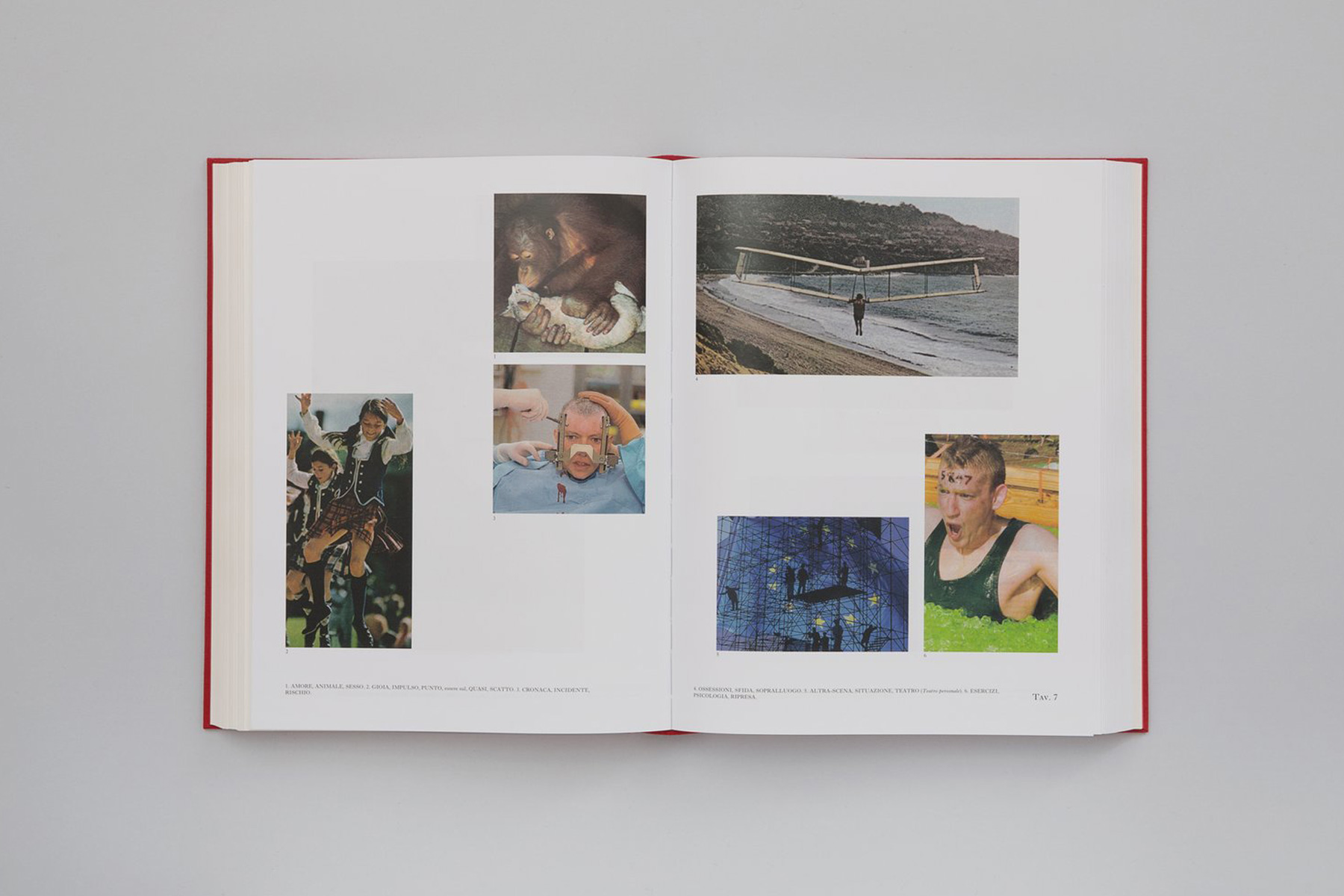 The Center for Italian Modern Art and the Fondazione Baruchello are pleased to present Gianfranco Baruchello’s Psicoenciclopedia possible (Possible Psychoencyclopedia) for the first time in the United States.
After two presentations and exhibitions in Geneva at the Centre d’Art Contemporain (September 14 – October – 17, 2021) and in Paris at the Centre Georges Pompidou – Bibliothèque Kandinsky (September 25 – October 24, 2021), the work will be presented at the Center for Italian Modern Art through a rich and varied One Day Conference to be held on December 9th. Invited speakers are: Maria Alicata, Franco Baldasso, Raffaele Bedarida, Lara Demori, Bracha L. Ettinger, Sarah Hamill, Sharon Hecker, Teresa Kittler and Carla Subrizi.

The One Day Conference is organized in two panels, one moderated by Nicola Lucchi, the other by Massimiliano Gioni. This presentation represents an opportunity for many new directions of study, examining both the process that determined the project for an encyclopedia in the twenty-first century and specific aspects of Baruchello’s work: the archive, composition, as well as painting as a “little” system, as Baruchello habitually describes the development of his own language.

During the One Day Conference, a series of drawings selected for the occasion will allow the public to delve into Baruchello’s complex system of thought, which, by the transversal nature of languages, has experimented with images, objects, installations, cinema and writing.

In this monumental and complex project, Baruchello has created a new system. A crossover artist who has used a variety of languages and techniques including painting, objects, installations, and writing, he creates 816 pages of unexpected juxtapositions to connect 1,200 entries (in the first part of the volume) and 200 tables of images (in the second part). The entries are derived from published and unpublished writings, notes and transcriptions of dreams, while the images are the outcome of a long process of selection and assembly utilizing various sources, some of which are pre-existent.

Could it really be possible to extend knowledge to the point that there is nothing else to know? What is the logic underlying the classification that encyclopedias present to us? What are the criteria followed in associating linguistic definitions with illustrated plates? In Psicoenciclopedia possibile , Baruchello looks at these questions and examines the validity of traditional forms of knowledge to create hitherto unseen connections between written and visual language. As an artist, he suggests the exploration of unusual identities, creating new meaning and value for the historical model represented by the encyclopedia. In fact, a characteristic of Baruchello’s practice is the deconstruction of every form of consequential thought and the disconnection from traditional systems of cause and effect. In this work, it is the alphabet that becomes a tool for reshuffling the most consolidated (narrative, visual and semantic) connections. “The Psicoenciclopedia possibile is constructed as if it were a volume in the Enciclopedia Italiana Treccani (Treccani Italian Encyclopaedia), but it isn’t”, says Baruchello.

The One Day Conference about Psicoenciclopedia possible (Possible psychoencyclopaedia) is promoted by Fondazione Baruchello and produced through support from the Italian Council (VII edition, 2019), a programme by the General Directorate of Contemporary Creativity at the Ministry of Culture for the international promotion of Italian art. 1,000 copies of a “pocket” edition of the volume are currently being printed. The volume will be on display at CIMA and during the One Day Conference.