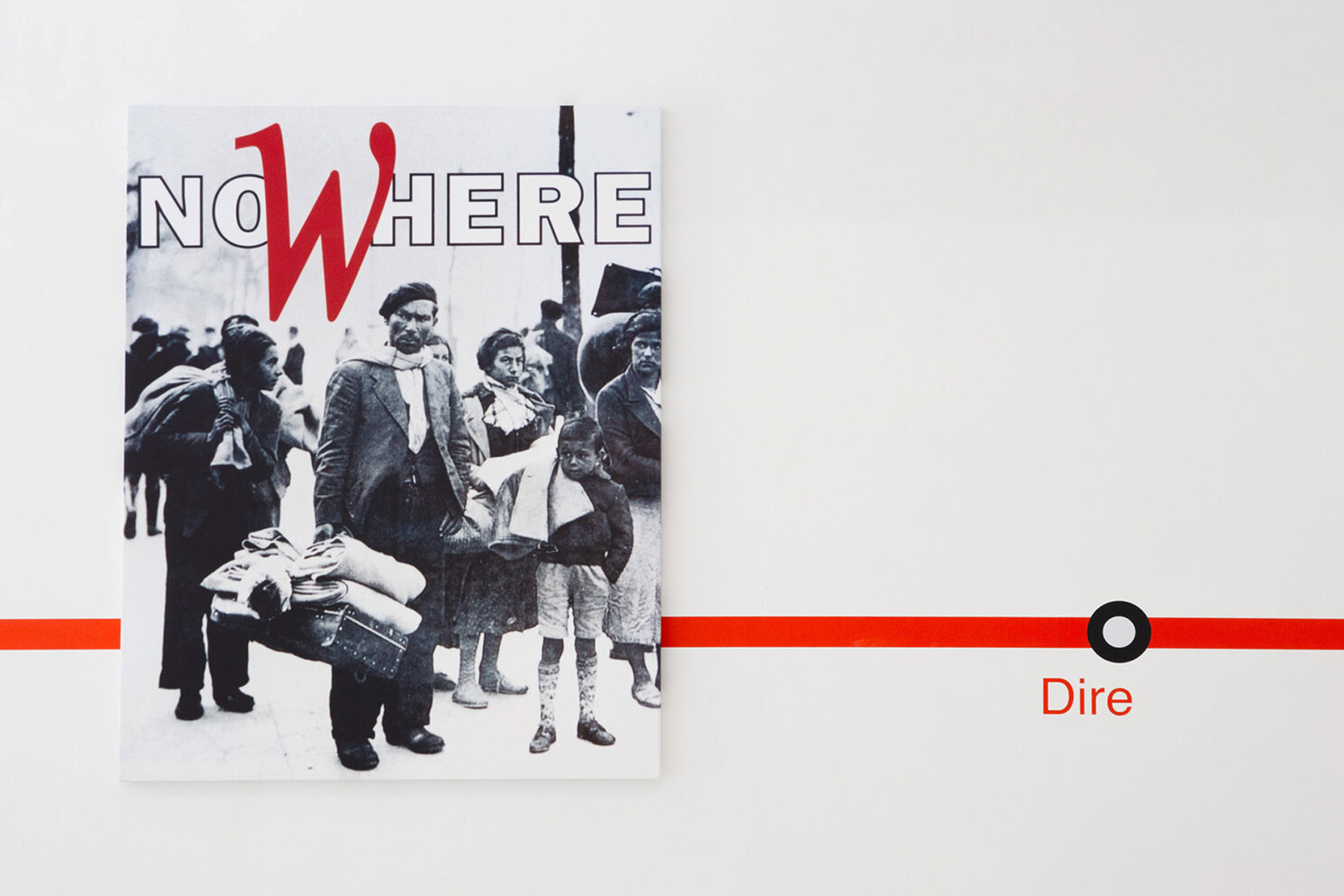 The first retrospective in Italy of the artist Rogelio López Cuenca, the exhibition is divided into three venues: a significant nucleus of works is exhibited in the spaces of the Spanish Academy, the two works HOME SWEPT HOLE and No/W/Here are installed in the Fondazione Baruchello, and other works are visible in the public space of the City of Rome. The exhibition is opened on Friday, March 12 simultaneously at the Fondazione Baruchello headquarters from 4 to 8 p.m. and at the Real Academia de España en Roma headquarters from 5:30 to 8:30 p.m.

A quel paese consists of paintings, installations, videos, and editorial texts that illustrate some of the fundamental and recurring issues in López Cuenca’s research, such as travel, migration policies, historical memory, urban speculation, and the spectacularization of culture as a function of tourism, in an attempt to subvert the established order and open our eyes to the “capitalism of images.”

The leitmotif that binds all the works, despite the artist’s use of always different techniques and materials, is the investigation of language, the word, its tradition and translation. First and foremost a poet and secondarily an artist, López Cuenca plays on double meanings, phonetics, the gap in meaning that allows the written and verbal word. This also explains the title, A quel paese, which in its deliberate semantic ambiguity becomes exhortation, imprecation, invitation and is exemplary of the “expanded poetic field” that characterizes López Cuenca’s work.

By combining signs and drawings, manipulating the graphic gesture and attributing different meanings to words and images, López Cuenca aims to awaken consciences from the torpor induced by the superstructures to which we have become succubi.

Among the works is also the “Mappa di Roma”, the website created by López Cuenca during his second stay in the capital in 2007, the result of the workshop, curated by Anna Cestelli Guidi and Carla Subrizi that through a long workshop of about six months involved students and curators. The Mappa, which will be available for consultation during the exhibition thanks to a digital workstation, is presented as a sort of alternative cartography of the city, aimed not at instructing and informing, but rather at provoking doubts, contradictions and comparisons, so as to reread the urban and social fabric of the Urbe through events and facts that passed through Rome in the 1970s.

Fondazione Baruchello is therefore happy, on the occasion of this exhibition, to once again host Rogelio López Cuenca in its spaces.

The exhibition will be accompanied by a bilingual catalog in Italian and Spanish with an interview with the artist by the curator, and texts by Marco Baravalle, Charles Bernstein, Maria Salgado and Carla Subrizi.

Also scheduled for May is the Altercatografia workshop, curated by López Cuenca for young artists and fine arts students that expand on the work of Mappa di Roma.

The exhibition, produced by the Real Academia de España together with Acción Cultural Española AC/E, has received the patronage of the Department of Culture of the City of Rome.