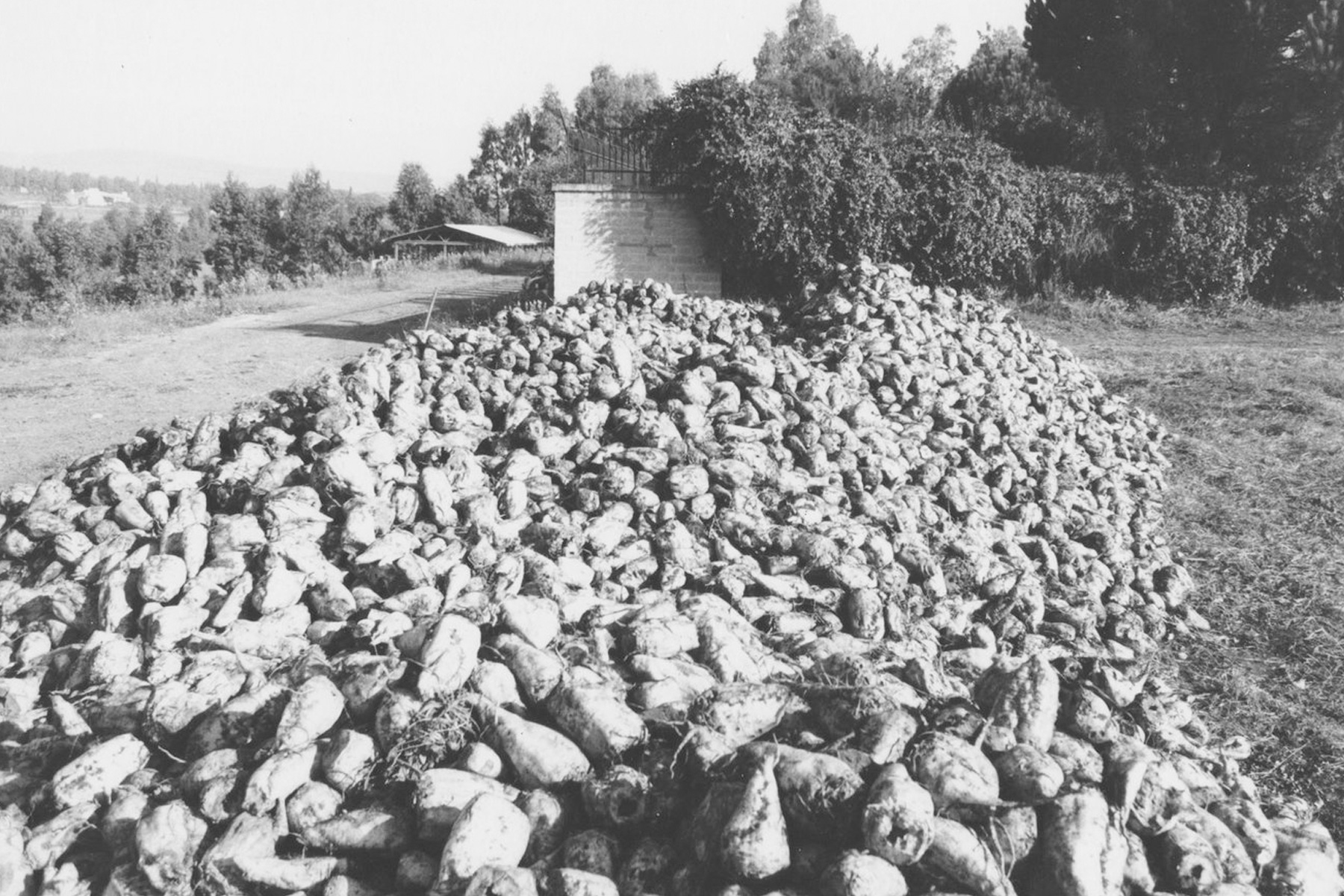 An exhibition created on the occasion of the 20th anniversary of the Fondazione Baruchello 1998-2018
curated by Maria Alicata and Daniela Zanoletti
Opening: Tuesday, December 11, 7 p.m.
Via del Vascello 35, 00152, Rome

Well, my idea then was that all of this would be art, art and not economics, that art could become an indicative example in the satisfaction of hunger as a human need on a purely human basis, no longer tied to exploitation, and that in the end there would be so many potatoes that we could give them away to everyone.
– Gianfranco Baruchello

Twenty years after the birth of the Fondazione Baruchello, the exhibition Agricola Cornelia S.p.A. presents for the first time the idea and outcomes of what was one of Gianfranco Baruchello’s most significant works, an artistic, economic, livestock and agricultural project that later became the ideal basis of the Foundation itself.

In 1983, recounting the experience of this long activity (1973-1981) that had sought to reconcile art with agriculture and animal husbandry, Baruchello spoke of everything that would be art: art as the satisfaction of basic needs, “potatoes” that could be given to everyone, art, therefore, as utopia, political and poetic action at the same time. With the birth of the Foundation, the idea was translated into the very donation of works and goods to be placed at the basis of a cultural enterprise. No longer cultivation of vegetables, wheat, beets, but the more metaphorical “cultivation” of ideas, actions to be carried out, training and resources for the younger generation, became the concrete and practical premise of the Foundation.

Since 1998, through an activity that has favored the realization of artist-led seminars, lectures, conferences, exhibitions, performance events, and publications, the Foundation has built a platform for dialogue, exchange of ideas, and research. Artists, philosophers, art historians, scholars have collaborated over the years and participated with proposals and ideas for the creation of a dynamic, ever-renewing heritage of thought that for the Foundation constitutes the very reason for its action.

The exhibition – set up in the premises inaugurated two years ago in the Roman neighborhood of Monteverde Vecchio – intends to solicit a reflection on an inexhaustible process, which from Agricola Cornelia to the Foundation, is identified not only in the focus of a series of stages, but in the continuous transformation of ideas, motivations, and objectives around which the Foundation does not stop carrying out its work of research, study and presentation.

Curated by Maria Alicata and Daniela Zanoletti, the exhibition presents works from the 1970s and unpublished documents belonging to the Foundation’s collection, all centered around the idea of Agricola Cornelia

Works on aluminum and canvas, drawings and sculptures alongside photographic documentation, films, photocopies, biodynamic experiments, objects, documents and records of agricultural and livestock activities, and diaries from 1973-1981, in an installation that for the first time restores the complexity of an activity that placed art and life on the same plane.

In January, a series of meetings will be a further moment of reflection to interrogate what has been done in these 20 years and to understand what the current era and art require today, and how much they are intertwined.